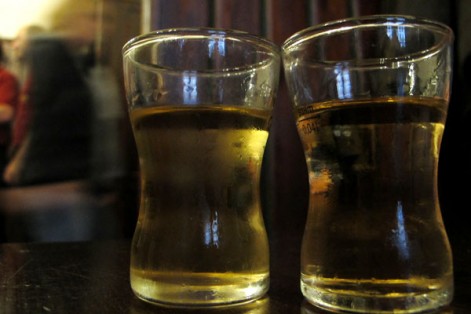 This 200-year-old Czech liqueur is made from a secret mix of herbs, including anise, cinnamon, clove & probably ginger. Spicy & intense, it's supposed to have medicinal qualities that aid w/digestion & arthritis. At the rowdy U Fleku, though, shots of it are doled out from serving trays between mugs of beer. We still say sip it, don't shoot it--it's potent stuff!