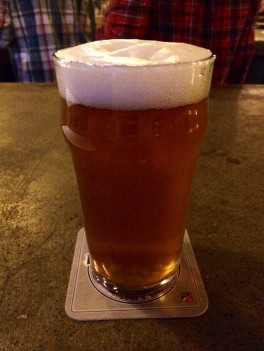 Beautiful brewpub in Greenpoint serving beers from Greenpoint Beer & Ale Co. (brewery on location) and a decent selection of German beers. I only had time to try one beer and went with the Clifford PL, an American Pale Ale. More fruity than I expected but very refreshing. Great malt taste and not too bitter. Could have had a few if time had allowed.